“If you look at Incognito as being the flagship of my career, consider Citrus Sun as being the indulgent - and for fun only - speedboat that rides alongside her”

That is Bluey (Jean-Paul ‘Bluey’ Maunick) explaining his love for Citrus Sun, as they release their fourth album Expansions and Visions on Dome Records.  “This band is our getaway, our live-for-the-moment statement”, he says.    And for the second album running, the band did literally get away - to Krabi on southern Thailand’s West coast, where they enjoyed a life of beach and boat trips by day and writing and recording by night.  “This idyllic location provides all the positivity and inspiration needed to fuel our recording”.

A gritty reworking of the Ashford-Simpson classic “California Soul” features Noel McKoy, with background vocals from Jamiroquai’s Valerie Etienne and Hazel Fernandes. Says Bluey: “We took a bold step in deciding to cover this, but I had a drum groove in mind and, in the absence of strings, a big guitar riff that I knew would give the song a fresh twist”.

Valerie takes the lead on a blistering version of Lonnie Liston Smith’s “Expansions”, described by Bluey as “a pivotal song in the soundtrack of our lives – a song most of us used to dance to in the London clubs”.

Legendary UK guitarist Jim Mullen returns to the line-up for the third time on “Expansions”, “Stay You” (a Seventies-styled tribute to the late Leon Ware) and a driving, funky instrumental “Hard Boiled”.

Featured on much of the album is the youngest addition to the band, 22-year-old Indonesian harmonica sensation Rega Dauna, who delivers a solo on the jazz funk tune “A Lust For Life” with a maturity which belies his age.   Also showcased on that track are the band’s Portuguese guitarist Francisco Sales and Dominic Glover on trumpet.

Bluey himself contributes vocals on several of the cuts, including the album closer “Thinking Of You”, a gorgeous soulful bossa duet with American singer Deborah Bond.

On “Back To Wonderland” Matt Cooper gets behind the drum kit and Rega also switches instruments to play piano on a tribute to Stevie Wonder.

In the past five years Citrus Sun have performed worldwide, including at London’s Ronnie Scott’s Club, Under The Bridge and Jazz Cafe, New Morning in Paris, the Blue Note Tokyo and Blue Note Milano as well as the Capital Jazz SuperCruise in the US and the Singapore Jazz Festival.  They have enjoyed US Smooth Jazz chart successes with “Mais Uma Vez” and “Calling Mr Wolf”.

Thank you for joining us! 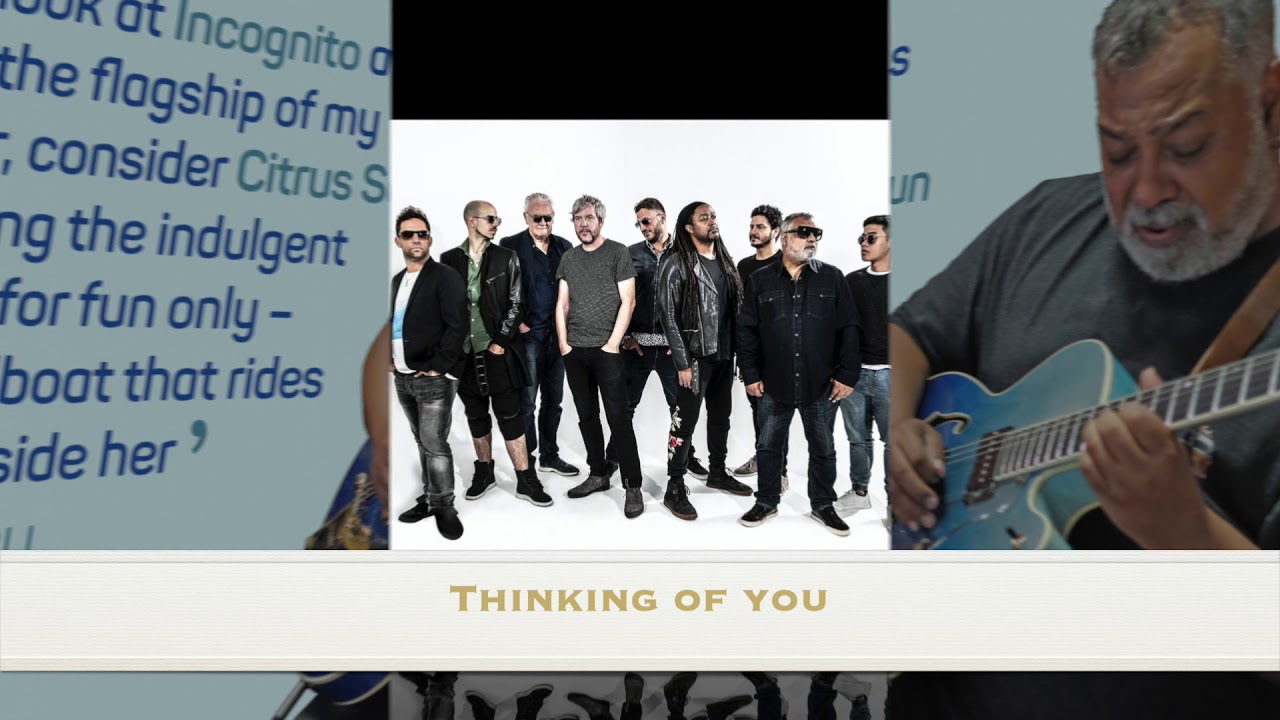 1st single "Hard Boiled" is out!

What Colour Is Love - Citrus Sun